We are grateful for our past members, thanks for your effort and volunteer time for the ECHN. 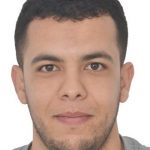 Yassine, is Ph.D. candidate at Chouaib Doukkali University, El Jadida Morocco. His research focus on groundwater flow and transport modeling,  He is also interested in hydrochemistry and seawater intrusion numerical modelling.    Yassine has a MSc in Management of Natural Resources and Sustainable Development and a bachelor degree in Water Sciences from Mohammed First University, Oujda, Morocco. 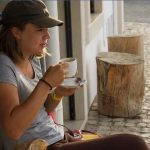 Sabine completed her undergraduate and honors degree in Earth Sciences from Stellenbosch University in 2016 and is currently enrolled at the University of Cape Town for her MSc. Her focus is on groundwater chemistry, specifically looking into the application of stable and radioactive isotopes to better understand groundwater systems in Southern Mozambique. 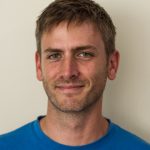 Rui obtained a MSc in Environmental Engineering from the University of the Algarve (Faro, Portugal) where he has since continued to work as a research assistant on several projects focusing on hydrogeology and groundwater resource management. His research interests centre on numerical modelling and their application for sustainable resource development, with a particular focus on the specific issues inherent to coastal aquifers. 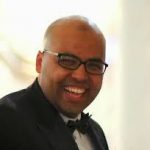 Gaathier has a background in hydrogeology with a focus on fractured rock. He has received extensive technical training in aspects of Groundwater in Germany, Denmark, Belgium, Morocco and Tunisia. He holds a MSc from the UNESCO Chair for Geohydrology and a Phd focused on Hydrogeophysics. Dr. Mahed also occupies voluntary executive and non executive board positions at various companies and NGO’s.

He was voted one of the Brightest Young Minds in South Africa for the year 2010. Mail and Guardian top 200 Young South Africans to take to lunch for 2011 and a World Islamic Economic Forum Global Young Fellow for 2013. He is currently a Senior Lecturer at the North West University, Potchefstroom, South Africa. 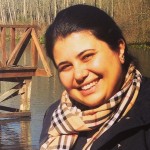 Sebnem is a hydrogeology specialist in the Department of Geological Engineering at Ankara University. She is also an Adjunct Associate Research Scientist at Lamont-Doherty Earth Observatory of Columbia University. She received her B.S., M.S. and Ph.D. degrees from Middle East Technical University, Turkey. During 2006-2007 she was a Fulbright visiting scholar at Columbia University where she carried out research as part of her PhD studies. Her research interests center on the use of environmental tracers in subsurface hydrology and arsenic contamination in groundwater. 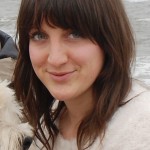 Gillian is currently a MSc student in International Public Policy in Glasgow where her research is focused on the importance of hydrogeology for informed WASH projects in developing nations. Before she was working as a hydrogeologist in Perth, Australia. She has a BSc honors degree in Earth Science from the University of Glasgow and a Postgrad Certificate in Energy and Environmental Management. Her interests include sustainability policy, climate change mitigation and urban geothermal aquifer resources. 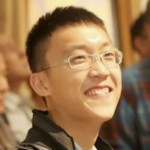 Junzhi Wang is a Ph.D. candidate at China University of Geosciences (Beijing). His research point is mainly focused on the regional groundwater flow, i.e., the groundwater movement in large scales. He is also interested in hydrogeophysics. 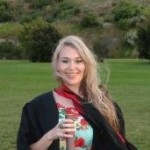 Kelley is an MSc candidate in the Earth Science Department at Stellenbosch University, South Africa. Her research is in application of hydrochemistry and residence time constraints to distinguish groundwater systems in the Main Karoo Basin, South Africa, prior to shale-gas exploration. Her research interests include isotope hydrology, environmental geochemistry and groundwater quality monitoring. 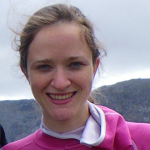 Lindsay is undertaking a PhD in Hydrogeology in the School of Geography, Earth and Environmental Sciences at the University of Birmingham. Her research aims to investigate how collection and interpretation of data from long-screened wells (wells open to >3m of aquifer) can be improved. More generally, her research interests include groundwater quality monitoring, solute transport in groundwater, groundwater modelling, and nano-particles and colloids in groundwater. 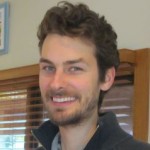 Matthew received his PhD in Geosciences from Monash University, Australia. Currently, he is a lecturer at School of Civil, Environmental and Chemical Engineering, RMIT University Australia. His research interest includes hydrochemistry, isotopes, groundwater sustainability, and China. 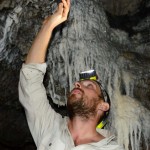 Mark is a post-doc at the University of Birmingham, UK, currently seconded to University of New South Wales (UNSW), Sydney, Australia. His primary research interests are groundwater recharge, stream-aquifer interactions and paleohydrology.

Share thoughts, questions, and career opportunities on hydrogeology. Connect to us.